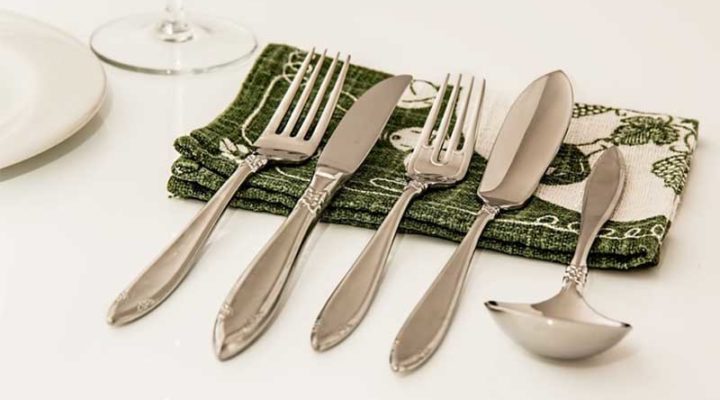 Knife and forks are good tools for eating. People so reply on it due to the eating habits. In western countries, meat is the main type of eating. In Europe, animal husbandry playing a big role.

So the beef and mutton are the most popular food. People must use the knife to cut the meat, then use the fork to take it to the mouth. That is a common way. So the left hand and right hand all work together with one knife and one fork.

When we discuss the trend of knives in different countries. I will prefer japan in the No 1 position because of verities. Japanese have unlimited verities of knives due to the food items included in their daily meal. Visit us to see the best Japanese knives .

The History of Knife and Fork

The first time of knife and fork come out is in the ancient times of Europe. That is related to the habits of nomads. The main works of them are go hunting and cultivation. In daily life, they will keep the knife with hand, after the cooking for meat, they just use the knife to cut it off and eat it. The high energy and high fat dietary structure of Europe is suitable for high latitude location and weather. Some countries were cover by the snow all the time, the plant is difficult to survive. So people just eat meat food. The environment of animal husbandry pushes the people of Europe to eat lots of meat food. So the tools for cutting are they need.

In history, the knife was made earlier than forks, people just only used the knife before. The knife is a stone knife in ancient times. With the development of smelting technology, people began to use the copper knife and wenge. The knife not just be used to hunting, defense, it also is a good tool to make people can eat the food more comfortable and easy. But more and more people began to use it for the dining table was in the late fifteenth century. The early times, the knife for the dining table is small and straight. It is sharp with the agate and jewel, that was accounted as a personal estate. Until the end of the 17th century, knife began to popularize.

The forks for the earliest time, it just with two tines to keep the food fixation during the cutting. But at that time, the popularization of forks is more difficult. People thank it that if we use the forks, why god just give our fingers? So before the 15th century, west people basically use the fingers to hold the food and thank the forks is the thing of the demon. That is crazy, so you can imagine how difficult the evolution of civilization.

During the middle ages, because people do not like it, so forks always are as kitchenware for the process of food. At the end of the 16th century, people began to use the forks in the dining table.

The evolution of forks also impacts the knife. So the function of picking up food for the fork is perfect, there is no need to use a knife to take food. So the knife will gradually become a blunt-head knife. The knife and forks of the late 17th and early 18th centuries largely determined the form of European and American tableware.

The knife and fork are the extensions for hand, just like chopsticks. They usually are made of carbon steel, alloy steel and stainless steel. But the stainless steel is the most popular one due to its great corrosion resistance. There are many works for processing and production, such as the blanking, polishing and etc. The common material is AISI 4140 steel, d2 steel, 42CrMo4 steel and 4130 steel. The fast development of technology pushes the popularization of knife and fork. But in this background, the wooden forks still be used in the 18th century.

How to Use Knife and Fork

The principle of using this is to hold the knife or the spoon in the right hand and the fork in the left hand, gently hold the tail with your hand and press the finger on the handle. One thing to note is that instead of holding a fork in your right hand, hold a knife or spoon in your left hand. In addition, when eating with a knife and fork, you should use a fork to fix the left side of the food, and then use a knife to cut the food into a small mouth size, and then use the fork to dip the seasoning into the mouth.

The culture of the dining table is simple and neat in the western. According to the standard model, there will be knives and forks, spoons, cups, bread trays, plates, napkins, as well as small teaspoons, forks and coffee cups for side meals. The domed knives are used for smear butter, the smaller pair of knives and forks are used for appetizers or fishes, and the larger pair was used for meat foods. It is taken in order during the meal, but sometimes you will encounter different pieces of tableware on the left and right, which means that the extra one is used alone.

Proper Kitchen Cleaning: 3 Common Mistakes
How To Choose The Best Kitchen & Bathroom Countertops
How to Get the Most from Your Commercial Dishwasher
How to Turn Your Basement into a Luxury Kitchen Area
Your Checklist For The Best Tea Kettle
The Main Types of Ovens: A Guide for Homeowners
5 Reasons to Pay Attention to Your Kitchen Accessories
How can you make your kitchen looks modern?