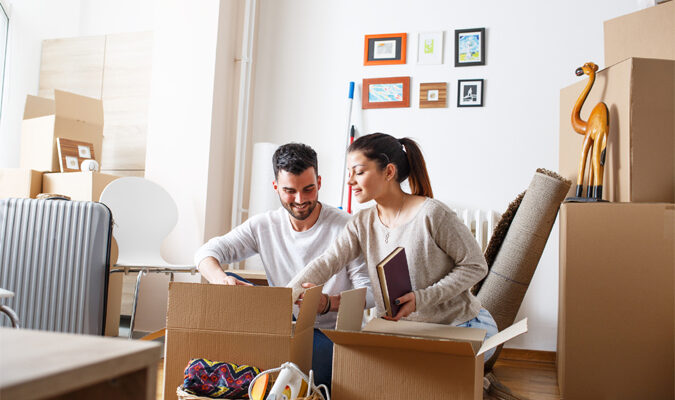 When most people think of the best places to live in the United States, they think of places like New York, California, and Florida. While all of those places are great, the state of Virginia has so much to offer its residents.

The Old Dominion has a long and rich history, as well as beautiful cities and landscapes. All of that makes a move to Virginia a smart idea for just about anyone.

But what else makes the state so great?

Keep reading to learn about seven reasons why moving to Virginia is such a smart idea.

1. The Best of Both Worlds

When it comes to population centers, many states suffer from a lack of variety. They might have one or two large cities with endless farmland occupying the rest of the region.

Virginia manages to combine the best of both the rural and urban worlds.

The state has several massive urban centers such as Richmond, Charlottesville, and Virginia Beach. That being said, you’re never too far away from nature.

From the vast Atlantic Ocean to the stunning Appalachian Mountains, nature is never more than a short drive away from a Virginian city. Likewise, if you crave a quieter life in the country, it’s never hard to get to a city when you need to.

Founded in 1624 as England’s first royal colony, Virginia has a history that spans hundreds of years into the past. This makes it one of the best places in the country to learn about the founding of the United States.

You can head up to Mount Vernon to visit George Washington’s home, stop by the historic city of Williamsburg, and even visit the solemn and moving Arlington National Cemetary.

Virginia also borders Washington D.C., so if the many attractions of the state aren’t enough, you can always make a trip to the nation’s capital to learn even more about America’s past.

3. A Plethora of Annual Events

It shouldn’t come as a surprise that all of the attractions Virginia has to offer provide the state with a number of great events throughout the year. These are great ways to immerse yourself deeper into the state.

In summer, make sure to attend the Chincoteague Island Pony Swim. At this annual event, cowboys round up wild ponies then lead them through a swim in the water.

During September, you can enjoy Bay Days, an event that celebrates the 400-year history of the region. In the springtime, the Shenandoah Apple Blossom Festival attracts people from all over the country.

If you’re hesitant to make the move because you’re unsure how it will affect your children’s education, don’t worry. The state boasts some of the most renowned schools in the country.

Virginia often ranks in the top percentile in terms of educational quality. It also has a high school graduation rate that’s higher than most other parts of the country.

After graduation, students have tons of great colleges and universities to choose from. These include schools like the University of Virginia, the College of William and Mary, and Washington and Lee University.

After graduating from school, students that did well won’t have any problem finding a job. The state has an unemployment rate that’s lower than the national average and much lower than in other parts of the country.

While you should be able to find any job you want in Virginia, several industries have a massive presence inside the state. These include farming, service, business, and the military.

Remember that the state is also next to Washington D.C. Many of the people who work in the city reside in Virginia.

All of the great job opportunities mean that certain areas of the state are affluent and well-off. Several of the richest counties in the United States are in Virginia.

6. Proximity to the Other States

If you pull out a map of the United States, you’ll find that Virginia is right in the middle of the East Coast. This central location gives you easy access to all of the nearby states and regions.

Depending on where you live, you can visit the Atlantic Ocean one weekend and Nashville the next. Pop into D.C. to visit the monuments then drive through rural Kentucky for a change of scenery.

If you’re looking to connect to regions outside of the United States, Virginia also has several large, international airports. You can find flights to Europe, Asia, and other parts of the world without a problem.

7. Most Virginians Are Happy

It might sound like a sweeping generalization, but it isn’t: the majority of Virginians are happy (or at least happier than other places in the United States).

With a great school system, job opportunities that create economic prosperity, amazing cities and landscapes, and a central location in the country, it’s no wonder why!

Consider a Move to Virginia

If you’re looking for a new state to call home, you might want to consider a move to Virginia. As this guide explains, there are so many great aspects of the Old Dominion that set it apart from the rest of the country.

Move there today to take advantage of all that it has to offer!

Did this guide help you understand why Virginia living is so great? If it did, spend some time checking out the rest of our site for more informative guides and tips.

Drum Chandeliers You'll Love in 2020
Why Are Heat Bills So Expensive? 5 Ways to Save Big
How to shop for the best quality pool covers
Warmth In Your Home: Finding The Perfect Boiler in Glasgow
3 Hidden Signs Your AC Needs Repair
Should You Open Your Window Or Run The Air Conditioner?
Home Remedies on Fixing Blocked Drains
7 Reasons to Hire a Pool Services Company