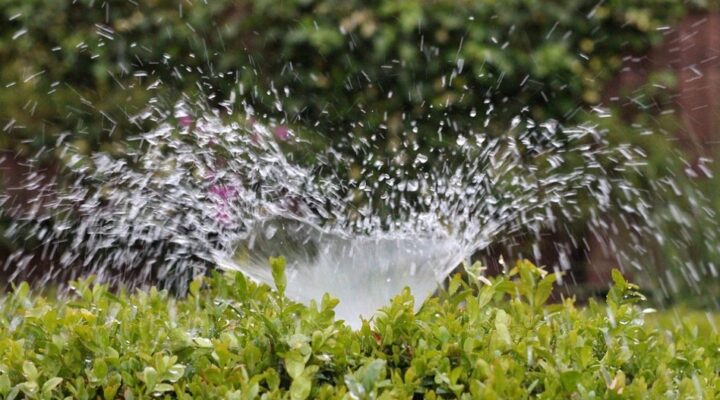 Irrigation is the process of bringing water to the crops with the help of sprinklers, canals, pipes, and other human-made tools instead of relying on rainfall every year. You can know more about this method on this site here. Some may use sprinklers to irrigate fields because these can be moved easily by rolling, while others use canals to control the amount of water that is getting into crops.

What it means to irrigate is to bring water into a piece of land rather than waiting for the rain to come. Some areas have seasonal rainfall, and they cannot sustain crops like sugar canes, rice, and tropical fruits all throughout the year without the help of an irrigation system.

There are also locations where the precipitation is irregular, and there is a need to improve the crops’ quality and growth. By allowing the farmers to get water consistently, they can reliably provide food supplies to the masses.

In ancient civilizations, the practice of irrigation is common, and in fact, today’s society would not exist without this. The earliest forms may be carrying buckets from rivers and wells so that people can pour them into their plantations.

As time passed, a lot of better techniques had also sprouted, especially in China and Egypt. The people build dikes, dams, and canals to facilitate better flow. In Ancient Rome, structures called aqueducts have carried melted snow into towns, valleys, and cities for drinking and washing.

Today, many systems may use tanks, reservoirs, and wells to supply water. There are many supplies available, and you can find more information about them on sites like www.waterpro.com.au if you want to start your very own system. Pipelines and canals often rely on gravity, but specific pumps will make the flow faster.

The process of irrigating the crops can be done by a lot of methods. There are ways on which the water is channeled between rows of pants, flooding the entire fields, spraying through the help of sprinklers, or letting the water drop with the help of pipe holes.

Drip irrigation or the process of boring holes on the pipes may be considered one of the most efficient irrigation methods. Using drips may focus on the plant underneath, and it’s generally more controlled. Other farmers may let the water be absorbed from the grounds that have no crops. There’s also the possibility of the water going into the phase of evaporation when it’s sprayed with the help of sprinklers.

What the Future Holds 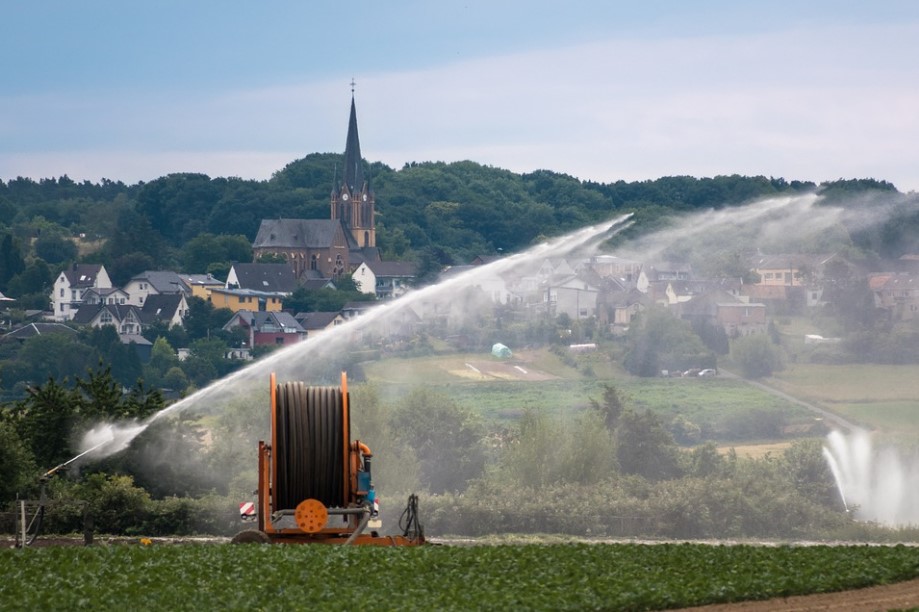 In the 20th century, the amount of land that was used for planting crops nearly tripled. The expansions were mainly made in Africa, South America, and Asia. In Jordanian countries, the vast desert area is even starting to use irrigation that uses modern techniques that use sources like aquifers and wells. However, with the increasing demand for food, the farmlands may deplete the aquifers and may reduce the availability of fresh water for drinking and bathing.

In Central Asia, there’s a sea called the Aral, where the system almost left it completely empty. The Soviet government decided that the two rivers called the Syr and the Amu Darya that fed the Aral Sea should be diverted into citrus crops, melons, and cotton plantations of Uzbekistan and Kazakhstan. The poorly built canal systems caused much of the water to be wasted.

Large-scale agriculture was primarily introduced in 1940. Before that, the Aral Sea has consisted of 68,000 sq. km of area. Nowadays, the combined size of the three separate lakes that consist of the Aral Sea has been reduced to 17,000 square kilometers. The ecosystem and the thriving fishes have been destroyed, and vessels have been abandoned on the salty deserts.

Nowadays, Uzbekistan and Kazakhstan are working with many environmental movements to preserve the Aral Sea while still supplying water to the farmers. There’s a dam built in Kazakhstan to help retain water, and one of the three lakes in the Aral Sea is now becoming a fish haven once more. There’s still plenty of land with the need to irrigate, but other methods like sub-irrigation are becoming more popular to conserve more land.

This method has been used for many years in areas that have higher water tables. The method of artificially raising water levels to moisten the soil around the crops is becoming more popular.

The root zones of corn, cotton, wheat, and rice get the nutrients that they need through the moist. These kinds of systems may often be located in river valleys, lowlands, and grasslands. The presence of drainage infrastructure is also present, and the network of canals and pumping stations are also still facilitated.

In many commercial greenhouses, sub-irrigation is generally made for potted plants. Water is often absorbed upwards, delivered from below, and the excess is recycled. The solution of nutrient-filled water is delivered in a container that flows through troughs for shorter lengths of time. It will take about 10 to 20 minutes for the flow to complete, and the excess goes back to the tank for future uses.

The methods of sub-irrigation may be expensive, sophisticated, and complicated for some. However, the conservation and savings in labor are worth it in the long run. There’s a considerable reduction of system maintenance, and the process of automation is also present. This is a similar principle with subsurface basin irrigations.

The water sources can come from wells, springs, lakes, rivers, and reservoirs. Other non-conventional sources can also be used like the treated varieties, desalinated ones, and floodwater harvesting. The diversion is made from dams, channels, and gates, and they are spread to larger areas as well. The soil moisture is used to grow crops, and the nutrients are often stored on the surface after flooding is done.

Wadis or dry riverbeds are also flooded with the help of dam networks. The spate irrigation process can be used in mountainous areas, semi-arid, or arid regions. The method of harvesting rain or collecting run-offs are also used in many farmlands. This method of irrigation is still a very important part of society and other farmers are getting progress by searching for other means to supply their nutrients to their crops and not just rely on lakes, rivers, or dams.