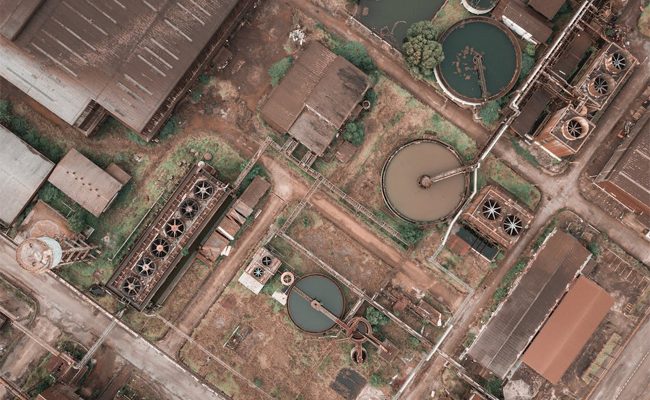 Drone mapping by drone imaging is a relatively new technology that can be used for everything from real estate to crop management. It is also becoming popular among hobbyists who use them to find lost keys or tag that perfect Instagram photo. Most people use drones as remote-controlled vehicles, flying the device over an area and capturing images from the air. However, drones can be reprogrammed to perform specific tasks such as streamlining building design and construction, automating photo analytics for insurance claims, and creating detailed maps of building interiors (or even city streets!).

Here are the significant applications of drone mapping in detail and how you can benefit from them.

Drones can help farmers with sowing, fertilizing, and fertilization of crops. This way, you can tell whether the crops need water, fertilizer, or pesticides and monitor the surrounding air quality levels, which is an essential factor for crops. Drone mapping can also help you check your farm’s performance based on the drone’s mapped landscape changes. Other than crop farming, drones are also used for surveying and planning large-scale infrastructure projects like highways and railways; for example, farmers can map land to assess the risk of landslides in mountainous areas or even map out areas where there is a risk of flooding.

Drones are a vital tool for real estate agents and property owners. Aerial photography can help in the design stage, monitoring construction, mapping out properties, and ensuring that project schedules match up with actual work. You can even fly the drone with your buyers to get a better view of the development sites. Drones are also used for assessing optical fiber for fiber optic networks and power lines; this allows companies to check if there is any interference or damage, especially in areas like cellphone towers, power lines, or tv broadcasting stations.

Another thing that drones can do is help in reducing waste on construction sites by providing plans to builders via aerial photos. It helps ensure that construction workers are working in the right areas, so you can make changes on-site before your project gets delayed due to bad construction. Drones could also be used to map areas exposed when a building is demolished or being demolished.

Forest fires happen worldwide – primarily due to natural causes and dry vegetation catching fire. However, some forest fires are caused by careless or negligent humans with their campfires. When this happens, a fire can easily spread through an entire forest in as little as a day. That is why it is essential for the immediate management of a forest fire for everyone to know where it is going and how much damage it will cause. That way, you can prevent further damage by informing the nearest people and having them abandon their homes or belongings. Even after the forest fire is under control – once the “hot zones” have been burned off – drones can still map out areas that are still smoldering, which can mean that fires are not quite extinguished yet.

Nearly every year, there are numerous claims for insurance for damage done to cars due to natural causes such as storms, fire, or hail, and generally, these cases tend to be a nuisance and a waste of time. So, insurance companies can use drones as an aerial camera that can capture images of the damaged vehicles and assess the claim on the spot. That allows companies to check if customers are making any fraudulent claims.

Photographers can use drones to take beautiful aerial shots above an area you want to capture on camera. You can capture images of anything from the valley you’re standing on, a snap of a city’s skyline, wildlife, and anything else you want to take a picture of from above with your DSLR camera or phone.

Future expectations in the drone industry

Here are the futuristic expectations for drones that could radically change how we see the world:

The idea of advanced drone navigation is to have drones equipped with laser-based sensors that would teach them to recognize obstacles in their environment based on their location and previous flight plans. It would also help them navigate around an area with greater precision and without having to send out any guidance signals. This technology could be used for all kinds of applications, such as search and rescue missions, observing endangered species, or even moving around in areas that are not easily accessible to larger aircraft.

In the same vein, the idea of advanced drone navigation is the emerging possibility of having drones that could fly themselves via some autopilot system. This would be a prime example of how technology is helping you to accomplish things that were previously thought impossible. One of the main reasons self-piloting drones are so intriguing is that they would allow them to carry out missions that were simply impossible, such as flying through archways or squeezing in tight, crowded spaces.

The idea of having drones deliver products directly from manufacturers to consumers is gaining traction. With drones being used increasingly often, they are gradually becoming a cheaper alternative to the traditional method of delivering large quantities of goods from point A to point B. Many e-commerce stores now have particular sites for ordering items with drone delivery.

Another critical aspect of having a drone is that it can help to improve the efficiency of things like utility companies and infrastructure maintenance. For example, they can help to detect issues with power lines and provide an early warning in case of potential problems. That will allow for a maintenance schedule to ensure maximum efficiency.

The drone mapping process can be used for many purposes, such as documenting areas affected by natural disasters, constructing 3D models of buildings and infrastructure, planning construction sites or land development projects, exploring energy sources like hidden minerals or pipelines, and conducting environmental assessments. As technology advances in many fields, from agriculture to the military to remote sensing and space exploration, people must maximize their usage of every resource on Earth and explore new opportunities worldwide. Drone mapping is a new technology used to better understand the world around us.

Can an Air Purifier Eliminate Mold?
5 Common HVAC Problems Homeowners Face
Pressure Reducing Valves 6 Important Reasons Why
Best It Certification Online Exam
5 Proven Methods for Meeting and Befriending Your Neighbors
How Much Pool Cleaning Cost?
5 Signs Your Home (and Budget) Are Ready for Solar Panel Installation
How to Build Your Own Brand in 6 Steps