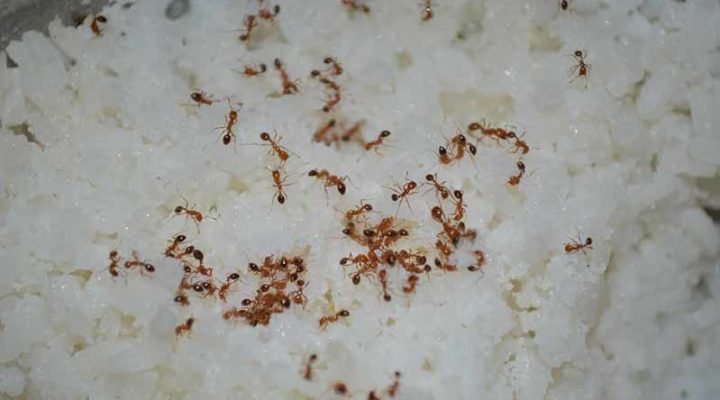 Seeing an army of ant takeover your home has to be a very scary thing. The countless formations spread all over the place threatening to take over your home will give you goosebumps and perhaps have you running scared looking for a remedy for the infestation.

The presence of one ant means there is a million more. It is easy to ignore ants when you are having an outdoor activity but it is a whole different ball game when the ants are everywhere in your house. The best thing to do is always to get rid of the problem as quickly as possible.

There are a lot of ways to get rid of ants even an army of it from your home. Fortunately, the remedies are organic and will not pollute the environment with chemicals or toxins.

If you need tips that will assist you in how to kill ants easily at home, here are some tips others have found useful, that you can consider.

The smell of pepper irritates ants. They find it very repulsive and avoid it so much. The use of pepper as a method to curb the infestation of ants in your home is very organic and it will not add toxins to your environment. The best types of pepper to use for this purpose are red or black pepper. Aside from using it as a remedy, you can also use it as a preventive measure by sprinkling pepper in corners, baseboards or around appliances to ward ants off to avoid an infestation in the first place.

Using boiling water is how to kill ants easily in your home. Whenever you observe the presence of ants or ant holes within or around your home, without hesitation, boil water to the highest temperature of a hundred degrees and pour it into the holes. The effect is immediate as it will kill the ants in the hole on contact. You may not know how far-reaching this method is until you look underneath the anthills or inside an ant hole. It is a whole ant city down there. Try as much as possible to repeat this process every time you observe an ant hole in your home on time.

A more effective tool against a bigger number of ants would be to rain down cornstarch on them. Cornstarch is the formidable ammunition against the army. Pouring a copious amount of cornstarch on a large number of ants after which you can pour water and it will leave a lot of ant casualties.  It is a messy process which is a small price to pay for a major ant infestation.  In place of water, you can simply vacuum the starched ants and dispose of if you would prefer that. Get rid of the sealed vacuum bag immediately.

Research says that coffee repels ants. This works when you brew the coffee before using it in the war against ants. After you have brewed the coffee grounds, then proceed to sprinkle it on the ant territories. Since you want to clean it out later you should use surfaces that are easy to wash or dispose of.  When the coffee grounds become dry, they become less efficient so you should put new ones as soon as you can. The cupboard that houses sugar and other things that can attract ants like the plant vase should be the first place where you put the coffee grounds.

Diatomaceous earth is a huge threat to most insects. It is a compound of Silicon that kills insects by drying them up internally through their exoskeletons. DE is a very potent tool to use against ants. It is a white powdery substance that should be kept out of children’s reach and should not be inhaled. It is easy to procure diatomaceous earth. You should pour it on the areas where the ants are mostly attracted and clustered. The result is immediate and you should always have DE handy in your home for use against ants and other insects too.

Ants most times they infest a home, they are coming to feed. They are attracted to a food source that they either want to breakdown and carry or feed on at the spot. The only sensible thing to do is to remove whatever is attracting them. It could be uncovered sugar. It could be a dead organism that they feed on. It could be several things which include human food too. Part of cutting the food source includes keeping your environment tidy at all times because ants do not issue a warning before trying to run over your house and you may also not notice them until they are too much.

You may not be able to always keep them off whatever attracts them but you can try to cut out their entrances. It could be cracked walls or holes in wood or it could even be through other sources but you have to find the entry point and cut it out. Repair or replace parts of the building that lets them in or you can fill up the crevices, holes or cracks with things that repel them such as the things mentioned earlier in this article.

Choosing a Telephone System
What is the miter gauge used for
Chandelier Cleaning 101
Why Every Room Should Have a Ceiling Fan
4 Ways To Prevent Termites from Attacking Wooden Furniture
Which VPN is best for iPhone?
Top 5 Tips to Increase Air Quality Indoors - Homoq.com Guide
Deck Restoration Paint: Pros & Cons