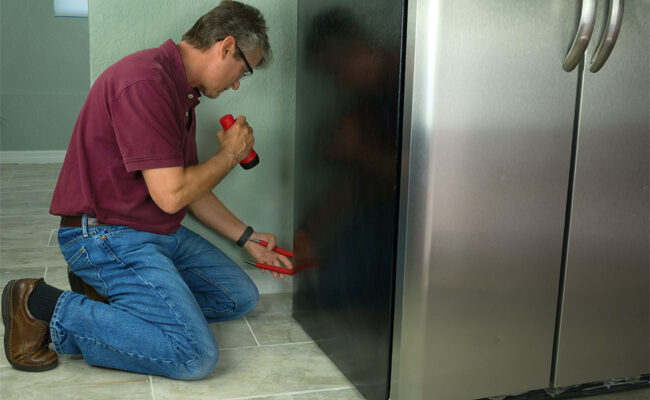 What the fridge?! Of all the household appliances to break down, refrigerators must be the most inconvenient, potentially second only to the freezer.

But what kind of refrigerator problems are you likely to experience? There are a few common issues that you may face, especially as your refrigerator gets older.

We’re going to take a look at some common refrigerator issues so that you know what to look out for, so keep reading to get informed.

It’s a horrible moment if you walk into your kitchen and see a pool of water at the bottom of your refrigerator. You fear the worst, like in the movies when you see a pool of blood emerge from a wounded soldier. But thankfully, leaking water doesn’t mean you need to start thinking about replacing a refrigerator.

It could be something as simple as an overfilled or blocked water dispenser. If it is something more serious, get in touch with a repair company such as Anytime Services & Maintenance Inc.

If you open your refrigerator and find that it’s not as cold as you expect it to be, there could be a few reasons for the issue.

One of these issues is that you filled it with too much, too quickly. If you fill an empty refrigerator with food that isn’t cold, it will cause an instant drop so don’t panic.

If it stays at a noticeably higher temperature, it may just mean that you need to clean the coils or unblock an air vent.

Refrigerators should generally be pretty quiet. But if your fridge is making strange noises, like buzzing or whirring, it could mean that it is working a little too hard. This could have a negative effect on your electricity bills, so be sure to get it seen sooner rather than later.

To help your refrigerator run as efficiently as possible, turn it off and clean the coils with a soft cloth to remove dust.

4. The Refrigerator Is Too Cold

The first thing to check if you feel like your fridge is too cold is the thermostat. There’s a chance you could have knocked it when putting something in which has set it to too cold a temperature.

If that’s not the problem, the issue may be with the thermostat itself. If you try turning it right up, it should make a clicking noise. Seek help if you suspect it may be defective.

Many modern refrigerators are fitted with water and/or ice dispensers. If your water dispenser isn’t working, it could be as simple as replacing the filter. The dispenser itself could also accumulate minerals which can eventually cause blockages.

Keep an Eye Out for Refrigerator Problems

Refrigerator problems are almost to be expected, especially in older appliances. They run 24/7, which can be taxing on all the components. But if you keep an eye out for the common issues, you can resolve them before it means an expensive replacement.

If you enjoyed this article, check out some more on the blog section of the website.