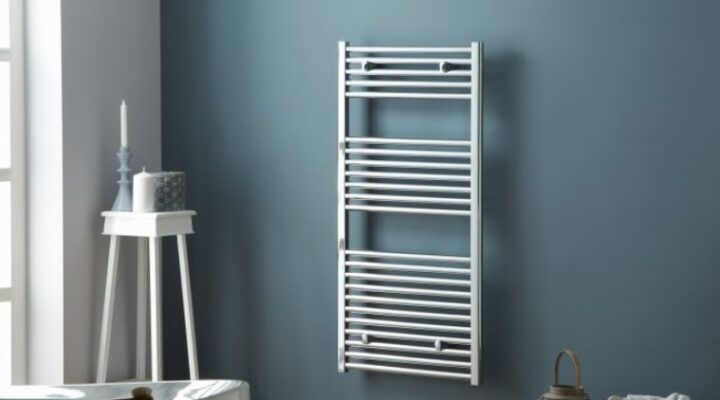 Radiators are a product which would best be described as an infrequent purchase for most of us. Unless you’re someone who works with radiators frequently, you’d hardly even know that they have seasons and trends just like fashion.

While buying a radiator is usually an easy enough task, buying a towel rail can get difficult,  as it is something you’d quite rightly be expected to know next to nothing about. So what should someone who is thinking of buying a towel rail for the first time think about? And what mistakes should be avoided, so you don’t end up with a rail that looks out of place?

Follow these tips, and you’re sure to have the ideal towel rail for any room.

Going from horizontal to vertical shouldn’t be a problem for most walls, but you will want to make sure that the wall is suitable for taking on weight. Radiators weigh more than you think, and if you’re going with a radiator taller than 1600mm high, you’ll want to check for two things.

Firstly, you want to make sure the wall (especially if it is an interior wall) doesn’t have any wiring or such right behind the plaster. If you don’t check and drill to get wall plugs in, you could end up in a heap of trouble.

Secondly, you always want to over-do it when it comes to brackets for vertical rails. They are usually discrete enough, but if you feel concerned that a towel rail needs help to hang, some cheap wall stays will work easily. Just make sure you buy stays which match the colour of your towel rail.

Speaking of colours, towel rails are generally the first time people swap from having white radiators to something with colour. It helps to have a colour/finish, which matches existing fixtures and furniture in the room.

For example, if your living room has silver or chrome light switches and plug sockets, a complementary colour of towel rail is a good idea. If your kitchen taps and handles have a copper or brass finish, the same applies there.

If you want to see some good examples of different coloured towel rails, I recommend visiting Trade Radiators, who have everything from chrome to copper to anthracite.

Tip 3: The floor is lava

Always think of towel rail installations like artwork. You should never ever measure for a radiator from the floor up. Many first-time buyers make the simple mistake of taking a tape measure and starting from the floor, rather than their pipe centres.

So how do you know how to measure correctly? Take your tape measure and have it go from one pipe to another. Make a small mark on the wall and measure up from there. You’ll usually find that your starting point is about six inches off the ground. If you already have skirting boards on the wall, it’s ok to start from there; just remember that radiators and rails still usually sit about two inches above that.

The last thing you want is a towel rail which either hits the ceiling or won’t fit in properly.

Tip 4: You may need to move pipes

If you’re replacing an existing radiator with a rail, you may also need to replace or move pipes. Unless you are buying a wide towel rail, the new rail will cut down your pipe centres by at least a half. Your main options here would be to get someone to re-pipe under the floor and bring everything closer together, or just have extenders fitted.

I would always suggest opting for the former as the latter can look odd.

Another important factor when looking at pipes involves your pipe entry. Again, this mainly concerns those replacing a radiator with a rail. Radiators traditionally have a side valve entry in place (that’s a right angle connection) while most towel rails have a straight connection (where the pipe comes straight from the floor to the radiator.)

Always opt for a rail which can make life easier, and doesn’t involve you having to wait around on angled valves. It’s the one simple mistake I see many people make when ordering a new rail, only for it to sit by the wayside from not getting valve entries checked.

There you have it. Five simple tips which I hope make buying a towel rail easier. If you’re buying a rail for your bathroom, and are in the process of redecorating the room, I recommend reading some of the recent bathroom articles for helpful advice.