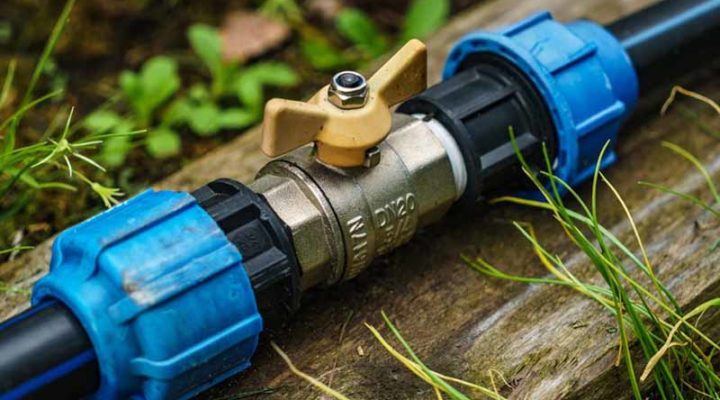 Suddenly there is a suspicious wet spot on the wall that is spreading further and further, or the cupboard under the sink is suddenly underwater. In both cases, a leaky pipe is often the cause of water leakage. What can be done in such a situation? We offer plumbing in Sutherland Shire, and today we’ll share some valuable information on how to stop water dripping from pipes.

Turn off the main water tap

Especially when a water pipe is suspected to be defective, the main water tap should be closed first. This will take the pressure off the line and prevent more water from escaping and causing even greater damage. If a sewage pipe is affected, it makes the most sense not to use flushing or taps until the leak is located and sealed.

Once you have ensured that no further water escapes, the next step is to look for the leak. Because it is by no means visible where the wet place occurs, the pipeline is also leaky. With sewage pipes, in particular, the water only escapes slowly and can gradually collect in shafts or other places before you notice it. This means that the moisture can penetrate the building structure and cause great damage before it is even noticed.
First of all, check whether water is collecting anywhere on the visible pipes. Even leaks in pipes that run under a suspended ceiling, for example, are relatively easy to locate because water drips down from above at the appropriate point.

Consult a specialist in case of doubt

It becomes more difficult if the leaky pipeline is hidden in a wall. In order not to pry open walls unnecessarily, the expert can also be consulted here. For example, he can quickly identify the leak in hot water pipes using a thermal imager. If it is more difficult to find the defect, the location can also be narrowed down using a compressed air test.

When to replace a pipe

Once the leaky pipe has been found, the next question is: Does the pipe need to be replaced, or is it enough to seal the pipe?

It is generally better to replace the pipe sooner or later. If, for example, it has burst, you cannot avoid a complete replacement. Even if it is a smaller hole, but the tube is already showing signs of corrosion, it is better to replace it and it is highly recommended to buy the best quality pipes from tube distributors. Otherwise, it is likely that the next defect will appear in the short term. In the case of smaller leaks, however, there is the option of at least temporarily sealing them. That’s why outdoor faucets are very important to it.

With a few measures, a pipe can be temporarily or permanently sealed again. If the defective spot is behind or in a wall, you must, of course, pry it open first. However, make sure that you do not damage the pipe or other lines further.

Seal the line with epoxy resin

An easy and quick way to close a leak is to use epoxy modeling clay. These can be bought in any hardware store and simply kneaded well before use. After that, it only has to be placed around the leak as a coat and begins to harden after a few minutes. The “dressing” should thus withstand the pressure of the water for the time being. This method is mainly used for metal pipes.

A second possibility, which is mainly used for PVC pipes, is the use of a kind of pressure bandage. For this, a piece of rubber is placed over the defective area and then clamped with pipe sleeves. A kind of pseudo-seal is created.

Depending on the nature of the pipe, a liner can also be used. This is practically an insert that is pushed into the existing pipe and replaces it as a pipe in the pipe. This means that no expensive repairs or even prying open the wall are necessary.

The professional patching of copper lines, on the other hand, requires a little more expertise. If you have the appropriate tool at home – solder wire and blowtorch – the hole can be soldered. But if you can’t handle it, you really should stay away from it!

Leakages can occur not only on the pipe itself but also on the connections, threads and connection points between two pipes. Whereas this aim can make hemp excellent as a sealing material. For this purpose, the fibers are wrapped around the connection point and ideally also smeared with some sealing liquid.

If hemp becomes moist, it swells up and closes even the smallest gaps so that no water can escape. The advantage is that the lock can also be released afterward. A similar procedure is used with a thread sealing thread.

in most cases, steel pipes are used for residential heating premises. Due to certain advantages and advantages of these pipes, a huge number of users prefer to buy steel pipes for heating.

However, along with all the advantages, these pipes have one significant minus – susceptibility to corrosion. As a result, over time, users may encounter the unpleasant fact that a heating pipe flows in a certain place.
In such a situation, the question of how and what to fix a leak in a heating pipe becomes relevant for any user. If you do not close it in time, then this can lead to more serious consequences, and ultimately to the need to replace the entire pipe or even the entire heating system.

You must admit that this is a more costly and time-consuming option. Therefore it is better to solve a “small” problem in time than to allow it to grow into a large one.

The cause of a leak in the heating pipe is usually associated with the effect of corrosion on the metal (if we are talking about metal pipes). On the inside of the pipes, water is constantly in the system, and on the outside, moisture and temperature fluctuations can lead to corrosion, as a result of which the pipe can leak in a specific place (where it was most susceptible to corrosion).

Many people are interested in the question of whether a leak can appear if, say, polyethylene pipes are used for heating? After all, they are not susceptible to corrosion like metal. Of course, the risk of leakage is less, and the reasons can already be called others.

Say, polyethylene, as well as polypropylene pipes for heating, can form a leak if they are not correctly selected.

This problem is often encountered by people who decide to save on installing a heating system from polypropylene pipes and who buy pipes designed for cold water. The fact is that under the influence of hot water, such pipes can deform, swell or burst, thereby causing a lot of harm to both your home and your neighbors. And in the end, the savings will be zero, because after the end of the heating season such pipes will have to be replaced again. Here’s more on how to fix leaky pipes and joints.

Remember: all the proposed methods have a temporary nature of eliminating the problem so that in the future, your heating system works with maximum efficiency. You need to replace the damaged pipe sections or overhaul them after the heating season ends.

Why you should buy Weber Genesis Grill for your Outdoor
Insightful Information about Making Use of Festoon Lighting
DIY Homemade Ground Blinds for Bow Hunting
10 Backyard Design Ideas You'll Definitely Love
3 Ideas To Spruce Up Your Backyard
Thinking Of Switching To Metal Roofs? Top 5 Things To Consider Before You Make Your Big Decision
About the Irrigation System and Irrigation Supplies
Garage Gym Ideas on a Budget