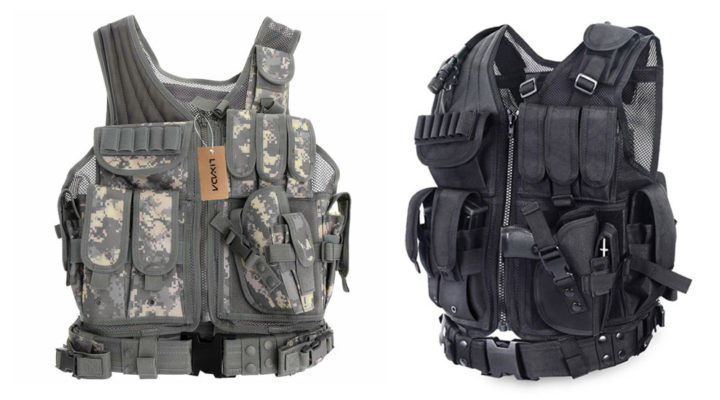 Since 2006, the United States Marines have been using Military tactical vests. US Marines use the vests after testing many vigorous procedures. Also, the new and modified vests have increased the protection level comparing to the previous ones. But the materials of both vests are remaining same.

On the contrary, the modified version vests have well-distributed materials around the body to make them better by reducing fatigue. So, the weight is not decreased but well balanced. The protection level remains same even better in some factors.

Though many people think both of them as same, there are distinctive features between them. Now, we are going to look at the differences between them just after discussing what the tactical vest or plate carrier is actually.

A tactical vest is mainly designed to zip down in the front. It is a personal equipment or ammo carrier with either built-in pouches or compartments or MOLLE all over. They are usually used to store pistols or Rifle magazines.

The other compartments or pouches are used to keep first aids, survival supplies or flashlights. Even, you can use the front pouch as a cross draw holster. However, pouches and compartments of the tactical vest tie up with you as strong as glue.

So, even in danger or fast running situation, the vest won’t be loosed to lose. Also, plenty of spaces will give you enough opportunities having required things. 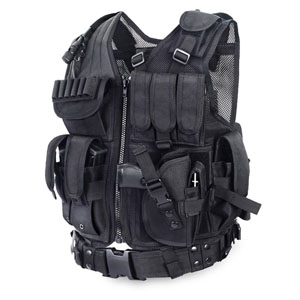 Tactical plate carrier is designed for carrying ballistic plates as well as protecting you from invading bullets in your body. It has plenty of MOLLE spaces to keep your survival requirements.

Though they look bulky but provide high-quality safety in the combat, they also seem useless for a heavyweight. Rather, some better and less heavy safety equipment is used to protect from danger. In some areas, they are even better than a tactical vest.

The plate carrier is quite heavy as it loads a heavy duty in the areas of danger when you need them most. Unfortunately, the plate carrier is to be bought distinctively. So, always try to get the best from a branded manufacturer.

A tactical vest is usually lightweight, tight fitting and adjustable. Also, anybody can carry the vest, but it is also flimsy for dolphin dive. It is normally used for carrying first aids, survival requirements and other necessary things.So, always try to minimize things which will reduce weight in the result.

On the other hand, plate carrier is heavy for carrying its protective material. It is made with steel plates or ceramic to stop a bullet. So, the carrier will protect you from getting a bulletin combat. Also, the plate carrier isn’t as breathable as tactical vest though it gives precise protection. 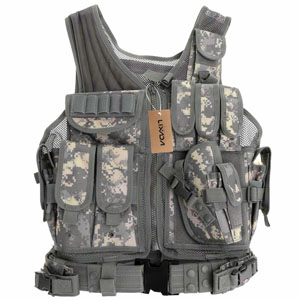 The tactical vest comes with nicely shot out buckles and zippers which will come down from the middle. However, binding with E-tape will save the buckles and zippers as they aren’t used frequently. Also, they can be switched between a holster and a mag pouch.

On the other side, plate carrier comes with inner zipper and buckles with excellent hook and loop construction. They are compatible with the inner system. So, you can keep all necessary things in the inner pockets without showing or carrying in the front.

What should be considered to choose best plate carrier vest

Weight is the most important and considerable thing in choosing plate carrier or tactical vest. As you have to carry it fulfilling with necessary equipment, it’s a wise decision to have a lightweight one.

Also, the weight will affect your speed of running or moving even in the combat or danger zone. The heavyweight is also painful if you use the vest or carrier in hunting or chasing bad guys.

Security protection is another considerable reason to choose the best vest or plate carrier. You not only can’t just keep your pistol or magazine or first aid in it but also it will save you from getting the bullet.

So, safety and protection level will be considered in purchasing plate carrier vest. However, level 3 or level 4 is the best protection for non-military activities.

Producing heat is an obvious thing while wearing a tactical vest. You’ll sweat fast in the summer or the moving moment. So, in this situation of sweating, it’s not easy to stay wearing a heavy, decorated plate carrier. But, now many plate carriers are available which come with hydration carriers or hydration bladders. They will help to stay cool when the plate carrier starts to heat up.

Materials of a plate carrier or tactical vest will play a pivotal role in protecting you when you’re at stake. Mainly, ceramic, steel or polyethylene is used to manufacture the life-protecting suit.

Though different materials are used for different circumstances, make sure which is fit for you. After all, it’s your life which will be protected.

Tactical carrier vest isn’t a fashion but it’s a life-saving kit. Though there are noticeable differences between the tactical vest and plate carrier, both are important to save a life in danger. A tactical vest is easy to use, such as put on or put off.

Wearing a pair of most comfortable tactical boots with a tactical vest will provide you life-saving feeling even if you are in a war situation. However, plate carrier is precisely more protective than a vest, so choosing the best one considering all the requirements which will suit you as well as protect you.

A Travelling Mechanic’s Guide To Safe Road Trip With Your Family
3 Ways to Create the Perfect Outdoor Space
How to Improve Your House Value with Better Outdoor Furniture?
Moving Bulky Furniture: Man with A Van or DIY
The Necessity of Critter Fence and its Uniqueness
Know About Your Next Summer Shoes - Making of Raffia Shoes and Its Benefits!
Some Tips You Can Follow When Traveling Alone to Feel Safe
What Could Go Wrong With A Pump And What Types Of Pumps Are Used In Sydney?