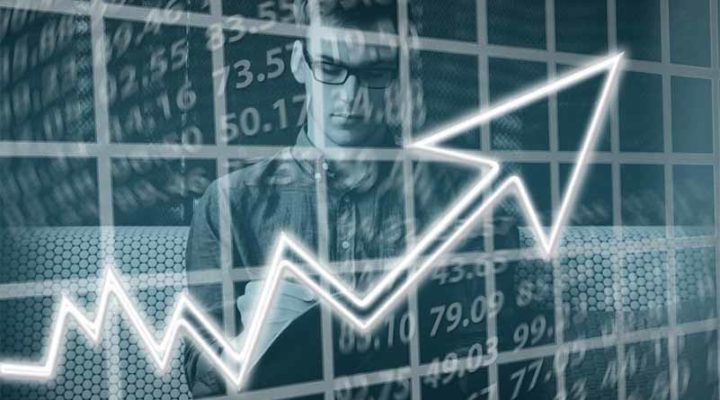 The London-based think tank Legatum Institute focuses on undertaking the significant challenges of today’s world while also comparing and contrasting each country’s strategies and results to see what can be replicated around the world to increase overall prosperity.

One of the ways they do this is by publishing the annual Legatum Prosperity Index, which depicts how nations have shifted toward or away from prosperity.

Through the examples listed below, you can see that there are various ways of achieving prosperity and that it is obtainable by virtually any country. What is significant is not each country’s current ranking, but instead the direction and speed it is moving up the rankings due to the reforms and decisions made by its government, leaders, and entrepreneurs.

For more insights into this topic, read on about four countries that have transformed their financial standing:

Home to the world’s second-largest population, India has liberalized and globalized its economy over the past decade, which has moved more and more people from poverty to prosperity. In fact, in 2016, it was reported by the Legatum Institute that India’s positive prosperity performance accounted for 20 percent of the growth in global prosperity over the past decade.

Thanks to India’s extensive economic growth, the country has climbed 11 places in the past ten years from 103rd to 94th place in the overall ranking of the Legatum Prosperity Index. This increase comes due to the country’s fantastic performance in the pillars of Governance and Business Environment – where it moved up 11 places. On the other hand, the country, unfortunately, saw a drop of 21 places in the Social Capital pillar.

As the world’s largest democracy, India has unique difficulties ahead of it, mostly concerning education and health which is why it still has a long way to go until it can compete with the performance of European or American countries in terms of prosperity.

However, that isn’t to belittle the tremendous progress the country has made, and if it continues down the right path, there is no reason why the Indian financial situation can’t keep improving.

Undoubtedly one of Eastern Europe’s most popular success stories, Estonia ranked 26th overall on the Legatum Prosperity Index 2018 due to its focus on creating strong and effective governance and producing the right business environment for entrepreneurship and forward-thinking initiatives. After the fall of the Soviet Union, Estonia re-declared its independence in 1991 and then set to transform its financial and social situation.

A firm investor protection policy, a concentration on business infrastructure, and policies designed to support entrepreneurialism all worked together to produce international and domestic confidence in the Estonian business environment. This has helped to increase Estonia’s GDP per capita from around the US $2,000 to over US $18,000, giving it one of the highest growth rates in the world.

Interestingly, in the mid-2000s, the Estonian taxation system was altered in a way that has many considering it to be the most competitive tax economy in the developed world.

Due to its low corporation tax (21%) and only distributed incomes taxed, Estonia is becoming more and more attractive to global businesses and startups. Additionally, income tax is 20%, and property taxes are levied on land value, not the worth of structures on the land.

As large as Western Europe, Kazakhstan has extensive mineral reserves and tremendous financial potential. In some areas, it is making use of this potential; while in others, it still faces significant challenges.

Claiming the title of being the world’s largest landlocked country, it’s the biggest city, Almaty, has been a longstanding trading hub with agriculture and oil remaining essential aspects of their economy.

By doubling its GDP per capita since 2002, Kazakhstan is another country that has made notable economic headway and transformed its financial situation. This year, Kazakhstan sits at number 73 on the overall Prosperity Index; however, since the Index began in 2007, it has moved up the rankings by 18 spots.

When looking at the individual prosperity pillar rankings, Kazakhstan has its highest scores in education and economic quality. However, the most significant positive change is in the natural environment pillar, where it jumped up 16 places. On the other hand, the country’s lower score comes in the personal freedom pillar, while they also dropped 13 places in health.

Over the past ten years, Paraguay has worked tirelessly to raise the levels of security in basic living conditions, which has resulted in 16% of its population coming out of relative poverty.

Additionally, GDP per capita has increased by 50% since 2000, and Paraguayans report a significantly higher level of wellbeing thanks to the government’s increased spending in healthcare and education.

This transformation has come as a result of improvements related to their business environment and economic quality pillars. Paraguay is undoubtedly one of the world’s success stories as it is now ranked 61st in the world, which is higher than seven of its Latin American neighbors.

According to the Legatum Institute, in 2018, Paraguay had the 23rd highest rate of economic growth over the past five years.

That being said, while the decreasing levels of inequality have helped the country generate circumstances conducive to real progress, Paraguay continues to face difficulties associated with high crime rates and significant governance challenges.

Are you surprised by any of this list of countries that are currently transforming their financial situations?

Is there anything they are doing that you would like to see replicated in your home country?

Let us know your thoughts and any experiences you have in these nations in the comments below!

Lending Personal Loan For Completion Of Your Home Décor Propositions On Time
10 Signs You Should Refinance Your Mortgage
The Fundamentals of Canadian Inheritance Tax: Do You Know?
What do you need to start a locksmith company?
Benefits of Applying for the FMERR Program
5 Factors to Determine When Investing in Bird Aviaries
Important Things To Know When Getting Furnace Installation In Colorado Springs
What Does Condo Insurance Cover? Everything You Need to Know