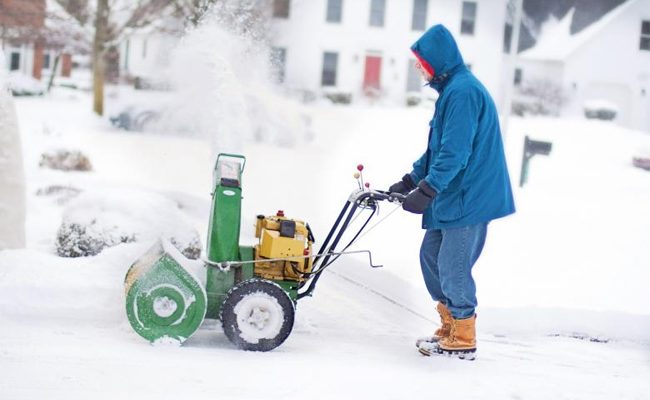 You are not the only one who eventually got tired from shoveling snow manually when there’s too much of it. If you look at a snow blower list, you might get stuck choosing between 2 stage vs 3 stage snow blower and be unsure whether you prefer an electric or a gas model. Without any ambition to write a definitive guide on snow blowers, we provide a small introduction to this class of outdoor equipment.

By the Source of the Force

Like most types of outdoor equipment, snow blowers can be electric or gas-powered. Though gas-powered ones are considered more mainstream, some electric models have become popular recently too. The manufacturers seem to have overcome the problems that purely electric devices might experience in the cold (like a snow blower is meant to). Electric snow blowers are quieter and don’t require gas, as well as are overall cleaner.

On the other hand, gas snow blowers are more powerful. As you see, electric models are mostly single-stage or two-stage, providing enough power for that, but they are not that effective at strong snow processing. Gas models, on the other hand, are quite capable of processing snow, ice, and frozen snow layers.

In short, if you need to remove snow from more than 50 ft of a walkway, a gas model will perform better. For shorter distances, you can go electric as well.

Stages and Their Importance

When it comes to snow blowers, “stages” refer to the process of grabbing and dispersing the snow which is collected by the auger and then dispersed and thrown away through the chute. Here are the most popular three types by the number of stages:

Specific Blower for Every Purpose

As you see, single-stage models are good for smaller yards, but if you need to clear a larger area, you need a two-stage machine. It treats older snow piles better, efficiently removing them. However, this type is more expensive and requires more energy. As for the three-stage models, leave them to professionals.

It’s not so clear about electric and gas models in general. However, it’s a matter of choice. Look at how comfortable you are with noise and exhaust, whether it’s easier to fuel or to charge, and at the size of your property to decide.

Hope you have found what you wanted to know about snow blowers. If you have something to add from your own experience or want to ask a question, welcome to the comments!

Fresh-R Air Cooler- Is It Worth Buying?
How Long Does Spray Insulation Last
Top Types of Above Ground Pools for Every Type of Yard
7 Essential Cleaning Habits for Your Apartment
How to Start a Solar Panel Installation Business
What To Do If Your House Gets Flooded
Top 5 Factors to Consider When Hiring Pest Control Companies
The 3 Things That Hyper Organized People Do to Declutter their Apartment