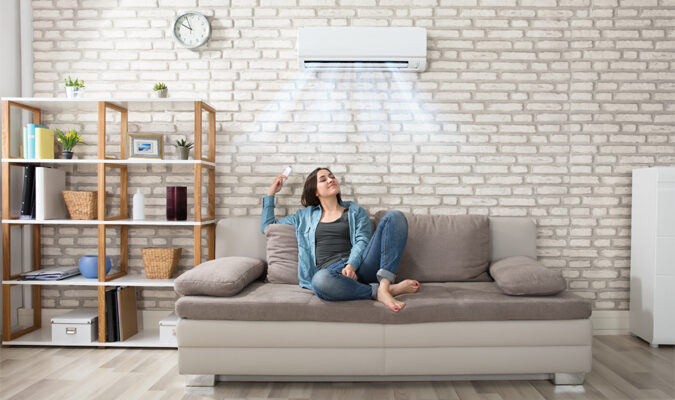 Did you know that heating and cooling your home accounts for about half of your yearly energy use? Heating takes up the bulk, though, representing about 40% of a home’s energy consumption. About 8% of residential energy use then goes toward air conditioning.

However, you could be consuming way more if your HVAC system has a low EER rating. The lower this number is, the greater the power consumption of an air conditioner.

What is EER in HVAC units, though, and what does it even stand for? Why is this something you (and not just residential HVAC contractors) should know?

We’ll answer all these questions in this guide to EER ratings, so be sure to read on!

What Is EER in HVAC Units?

EER stands for Energy Efficiency Ratio. It’s the ratio of an HVAC unit’s output cooling energy to its input electrical energy. The output’s measurement is in British Thermal Units (BTUs), while the input is in watt-hours.

You’ll find the EER indicated in an air conditioner’s EnergyGuide label. This yellow sticker is a federal requirement for all types of air conditioners, be it central or room ACs. The Energy Labeling Rule governs this mandatory labeling for such consumer products.

The indicated HVAC EER accounts for an outdoor temperature of 95 °Fahrenheit, too. It also factors in a standard indoor temp of 80 °F and a relative humidity (RH) level of 50%.

What Exactly Is EER For?

EER ratings give a snapshot of an HVAC system’s cooling energy efficiency. It gives you a way to determine how much energy an air conditioner uses to provide adequate cooling. The higher the unit’s EER, the more efficient it is since it uses less energy to keep a room comfortably cool.

What Are the Benefits of Using an HVAC System With a High EER?

The more energy-efficient an HVAC system is, the lower its overall operating costs. So, an AC with a high EER can save more of your cooling dollars in the long run.

The higher an air conditioner’s EER rating, the lower its carbon footprint, too. A carbon footprint is the sum of all greenhouse gases, such as carbon dioxide, created by an activity (i.e., the use of an AC).

GHGs, in turn, are a critical player in global warming. Moreover, CO2 is a component of acid rain, which damages plant life and ecosystems.

To give you an idea, the average US consumer has a yearly carbon footprint of 16 tons. That’s four times higher than the global average.

So, using an energy-efficient air conditioner can help you lower your carbon footprint. This then gives you a chance to contribute to anti-global warming efforts. Lower emissions also help combat air pollution, as CO2 forms ground-level ozone.

What Are the Laws Governing EER in HVAC Systems?

As of 2015, the minimum allowed EER in the Southwest is 12.2 for split system ACs with less than 45,000 BTU/hour capacity. For systems with a higher capacity, the minimum required EER is 11.7. Most other states in the US have federal and state laws governing SEER compliance.

What Is SEER and How Does It Differ from EER?

As explained by https://www.schneidermechanical.com/, SEER means “Seasonal Energy Efficiency Ratio.” It runs on the same concept as EER, but SEER’s calculation is for the entire cooling period (i.e., summer season). It only accounts for seasonal use instead of factoring in the HVAC system’s year-round use.

An AC’s SEER is the ratio of the unit’s cooling output for a typical cooling season divided by its energy use. As with the EER, the SEER also uses BTUs for output and watt-hours for energy use. It’s also in this way that the higher the equipment’s SEER rating, the more energy-efficient it is.

However, SEER ratings are more common in central HVAC systems. Most room and window HVAC units and portable air conditioners use EER.

Note that new SEER standards will also be in effect come 2023. For the north, the minimum SEER will go up to 14 for residential systems. HVAC systems in the south would need to have a minimum of 15 SEER.

Time for a Change

If your existing air conditioner has been in place since 2009 or earlier, it likely runs on “R-22,” AKA “Freon.” That’s because the EPA’s ban on its production and importation only took place in 2010. You’d want to replace such old ACs since R-22 is an ozone-depleting substance.

More than that, air conditioners manufactured years ago have EER ratings as low as 8 or even less. So, that makes an AC that runs on Freon and has a low EER a double threat to the environment. In this case, you definitely should reach out to an HVAC contractor to update your system.

There you have it, the complete guide that answers your question, “what is EER in HVAC units?” Now, you know that the higher the EER rating, the more energy-efficient an air conditioner is. So, if you’re still using an old AC with an EER rating below 12, now’s the time to consider replacing it.

This way, you get to stay cool while also lowering your home’s energy use and cooling bills.

Ready for more home improvement ideas and guides like this? Then please feel free to check out our other home-related educational resources!

Understanding The Difference Between Drywood And Subterranean Termites
Solar Energy Diagram | How Solar Panels Work
Easy Tips For Keeping Your Home Warm During Winter
How Mirrors Help You Improve The Look of Your Home
How a Wood Splitter be Helpful When Building a New Wooden House
6 Reasons You Should Only Hire a Certified Electrician
How Often Should You Repaint Your House?
What are the Benefits of Having a Walk-in Freezer?