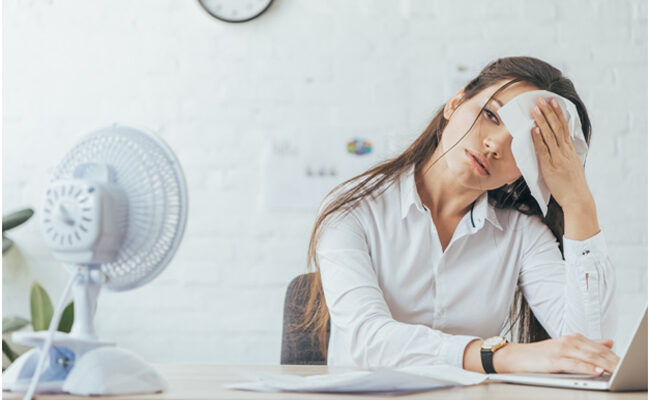 Is your air conditioner acting strangely? Have you noticed some weird noises or foul odors coming from it? It is paramount for homeowners to catch AC issues early to prevent frustration and pricey repairs. Therefore, you should stay alert and notice any fluid leaking, strange sounds, unpleasant odors, and other signs of malfunction. No sign should be ignored but reported to a professional AC technician.

These are the most common indicators of having an AC issue.

One of the most obvious signs you are coping with an AC problem is when the unit blows warm air. If warmth is coming out of your vents, there might be an issue with the compressor, which is in charge of cooling the air. Nevertheless, there could be other causes for such a problem like low refrigerant levels or a duct leak.

By hiring air-conditioning technicians in Chesterfield, you will have the condition of your compressor checked, as well as the amount of refrigerant. Unless they detect a compressor defect, these specialists will inspect the ductwork for leaks, as warmth might be entering the house from the outside or through the attic.

Another obvious sign of having an AC problem that requires repair is the strange noises produced by the unit. Although it is completely normal for these systems to produce a whirring sound, they should not make any clunking, squeaking, or squealing noises. Also, you might hear a bubbling noise, screeching, or hissing. Each of these weird sounds indicates a problem that HVAC technicians can recognize after listening to the noise for a few seconds.

For instance, a clunking noise indicates the presence of loose components inside the unit or having an object stuck in the condenser. Conversely, a gurgling sound is most likely coming from the condensate line and might indicate a refrigerant leak. Squealing noises originating from the indoor unit usually point to a problem with the fan belt. 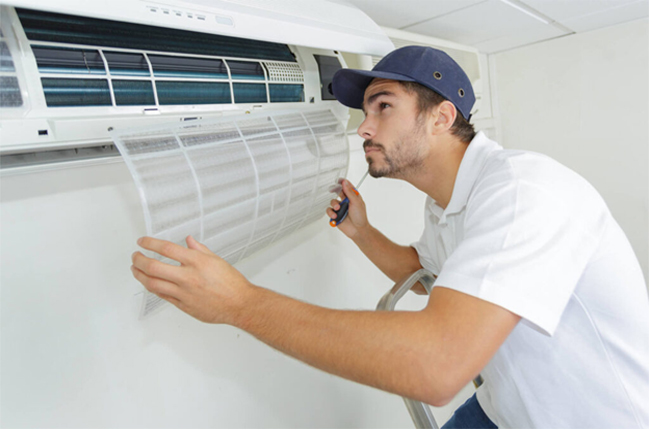 In such cases, the belt is either loose or damaged, which is a threat to the condition of the entire unit. After inspecting the condition of the fan belt, AC repairmen will either fix it or replace it with a new one. As long as the repair is performed on time, there is nothing to worry about the overall safety of the unit. Check out these useful tips for making a noisy fan belt quiet.

Homeowners should pay special attention to any hissing or screaming noise they might hear from the system, as this noise points to trouble. It is usually produced by the compressor and indicates an accumulation of high pressure in the system. Such a pressure build-up is considered dangerous, which is why most ACs have a safety shut-off switch, which is supposed to automatically shut down the system in such a scenario.

Fluid leaking is another obvious sign of AC malfunction that Chesterfield residents should be aware of. The fluid leaking out of the condenser is called refrigerant, which is essential for the proper operation of the entire system. Once the refrigerant leaks out, the AC will stop creating cold air completely.

In addition, refrigerant leaks mostly happen for a single reason, when refrigerant lines get punctured. AC repair experts can locate the source of the leak and patch it up in the blink of an eye. Afterward, they add the necessary amount of refrigerant to keep the levels optimal.

Finally, if your air conditioner emits foul odors, it means there is some sort of a problem. The smell can be either musty or burning. When it is musty, the foul odor is usually induced by mold growth.

In contrast, when you notice a burning smell, there might be an electrical issue. After assessing the nature of the smell, AC technicians will either look for the source of mold inside the unit and ductwork or check the electrical wiring.

Hiring air-conditioning specialists when suspecting a defect should be done as soon as possible.

The more time you waste, the worse the defect!