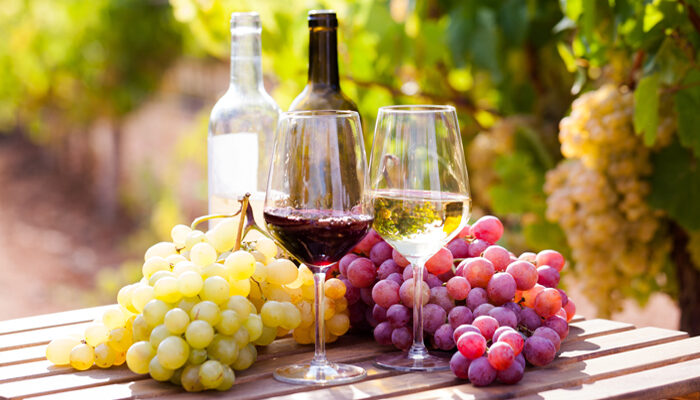 Grapes are perennial vines and widely grown fruits, which are developed on new shoots known as canes. These are beneficial for preparing wine, pies, jellies, and juice, while the grapes’ leaves can be used for cooking purposes.

If you’re wondering what grapes make great wine, below are the different types of grapes that are commonly used to produce a variety of wines:

One of the most delectable grape varieties for winemaking is Pinot Noir, which is often compared to Gamay wine because of its abundance of flavors.

When it comes to wine innovation, Gamay wine is a less known variety than Pinot Noir, but it makes a perfect addition to any dinner party because of it offers diverse pairing options and has light body. Plus, it’s a less expensive option.

However, what makes Pinot Noir a better choice is that it’s also an intricate grape variety that’s known to be difficult to cultivate; still, many wine enthusiasts are willing to pay a high price for its delicate cedar, red cherry, and pomegranate flavors.

Also referred to as Primitivo, Zinfandel is a black-skinned wine grape variety that’s grown in several California vineyards. Typically, the grapes produce red wine, and in the US, a semi-sweet rose wine known as White Zinfandel is more popular than the red wine variety.

The red wine’s taste depends on the ripeness of the grapes. If the grapes are from a cooler region, red berry fruit flavors predominate. In warmer areas, pepper and anise notes are more common in Zinfandel wines.

Renowned as one of the most widely recognized red grapes in the world, Cabernet Sauvignon is cultivated and grown in all well-known and major wine producing locations, such as Napa Valley, Australia, Bordeaux, Tuscany, South Africa, and Sonoma County, among others.

Riesling is often produced in Germany’s Rhine region. Known for its highly acidic profile, Riesling also has a flowery aroma. This variety’s flavor depends on the region where it’s planted Wines made from Riesling pair well with spicy dishes, like Asian and Indian cuisines.

It’s considered as one of the most versatile varieties of grapes that originated from the Loire Valley vineyards in France. The wine’s flavor and the grape’s sweetness can be altered to adapt to your taste buds. Chenin Blanc wines are best when paired with oysters and pulled pork dishes.

Also, Grenache is grown in the Languedoc-Roussillon region in France, Central Valley in California, South Australia, and northern Spain.

It’s a white wine grape variety that’s grown across the globe, from Champagne and Burgundy in France, to southern hemisphere countries, like South Africa and Australia.

Chardonnay can be floral and citrusy, but it’s excellent in different winemaking techniques since it has a little aroma. Usually, Chardonnays range from acidic and steely to spicy, butter, and lush, depending on the climate where it was cultivated.

Despite originating in France, Malbec became more popular in Argentina, where it’s grown extensively to make the finest wine variety.

If you’ve tried a Chardonnay and enjoyed white wine or green-skinned grapes, you’ll also like the Sauvignon Blanc grape variety. Originally from France, other notable regions, such as New Zealand, Ukraine, California, and South Africa, are also cultivating this species.

Compared to other wines that taste good as they age Sauvignon Blanc grapes are known to taste best while still young. So, take note of this when buying a bottle of wine from this grape variety. However, most wine experts use the terms ‘fresh, crisp, and elegant’ when describing Sauvignon Blanc, so you might want to try it when you’re looking for a wine that fits your preferences.

It’s a red wine grape known as Shiraz in Australia and Syrah in France.

French Syrah has moderate to high levels of acidity and tannins, and it’s rarely aged in an oak barrel. On the other hand, Australian Shiraz is known for its more robust tanning, riper fruit, and high alcohol content. In both countries, this red grape variety shows notes of boysenberry, smoked meat, violet, and olive.

It’s a grape variety with a dark blue skin that’s used in single varietals and blends. It’s associated with Australia, Chile, Bordeaux, and California. But, it gained fame as the key grapes in Bordeaux wines from the Right Bank of the region, where it’s blended with Cabernet Franc. Now grown throughout the world, Merlot has fruit flavors of blueberry and plum, and comes with a velvety texture.

Merlot is often used in blends to lessen the harshness of tannins and some grapes. This wine’s taste and appearance differ, depending on whether it’s produced using The New World style or the traditional methods.

New World Merlot wines are inky and purplish, with notes of plum and blackberries. The conventional Bordeaux Merlots are lighter in color and clearer. They also have a taste of red fruits and contain a leafy or vegetal strike.

It’s a grape variety used for making red wines. In central Italy, the best wines are made from Sangiovese. Unlike other grapes, it produces full-bodied or medium-bodied wines, with moderately high tannins and high acidity levels. Sangiovese wines often have black and red cherry, herb, leather, and tobacco notes. 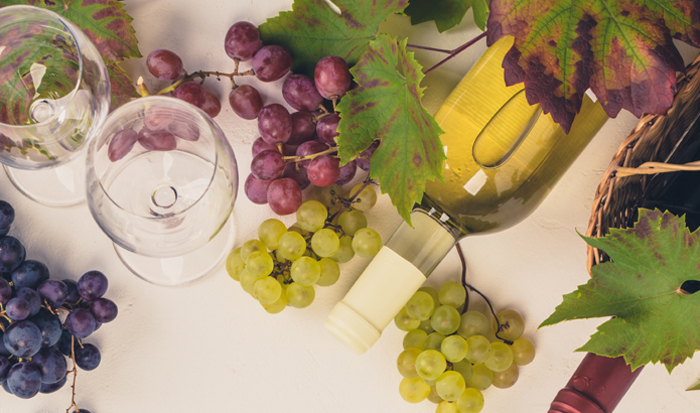 Whether you’re a beginner who likes to get familiar with the types of grapes that make great wine, or you’re a budding enthusiast who wants to know more about the regional roots of grapes, it can be overwhelming to dive into the expanding world of winemaking.

However, with the above information, you can be assured that you’ll learn about the different types of grapes used for making wines, which can be helpful when you’re looking for the right wine suited for your taste or preferences.

When to Hire a Tree Removal Company
Why Does a Riding Lawn Mower Battery Drain? Homoq.com Guide
6 Ways To Conserve Water When Gardening
How You Can Plan to Create a Perfect Garden with Unique Design
What Role Does POS Play in the Garden and Lawn Industry?
Tips for converting your backyard into a beautiful garden
Foundation Problems at Homes can Render HVAC Systems ineffective
Things To Consider While Choosing A Commercial Landscaper Company