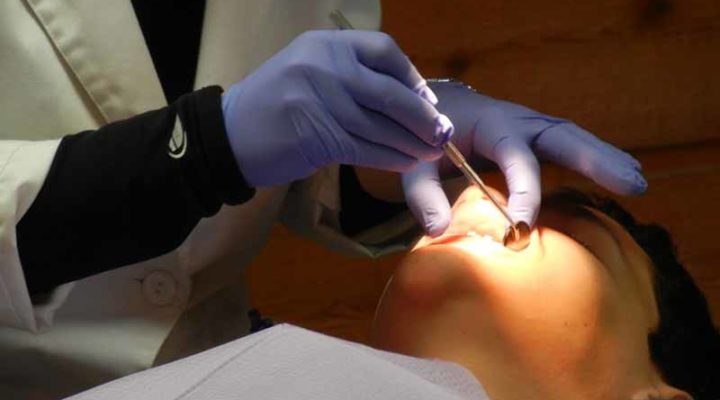 We all know the dangers of drinking sweet drinks such as sodas – they lead to tooth decay. But if you think that those highly acidic energy drinks are better, then think again.

Energy drinks have been promoted as products that increase energy levels and improve both mental as well as physical performance. Because of this, they have become the most popular dietary supplement among both teens and young adults.

However, more and more studies show that drinking energy drinks is as harmful to your health as any other sugary or caffeinated drink.

What Do Energy Drinks Do to Our Teeth?

According to studies, irreversible damage to our teeth is being done by energy drinks, especially among adolescents and young adults.

The high levels of acidity in these drinks lead to the erosion of the tooth enamel. Tooth enamel is the outermost layer of a tooth. It is hard – harder than any other substance in your body, including your bones, and it is the first and strongest layer of protection for the teeth.

Damage caused to your tooth enamel is permanent, and once the enamel is eroded, your teeth will become very sensitive, and prone to decay and cavities. The sensitivity of the teeth can make eating many types of food painful and uncomfortable.

More importantly, the roots of your teeth can become exposed when there is no enamel to protect the tooth, leading to serious gum and root canal infections. In worst case scenarios, you could end up losing your teeth.

How Do Energy Drinks Cause Damage to Our Teeth?

A scientific study was carried out to see how energy drinks impacted our teeth by Dr. Poonam Jain and her team at Southern Illinois University School of Dental Medicine in 2012.

In this study, the researchers investigated the impact of 22 different types of beverages on the teeth. 13 of these drinks were sports drinks, and 9 were energy drinks.

The first shocking discovery was that acidity levels were twice as high in energy drinks as compared to sports drinks. Dr. Jain stated that the higher the acidity of a drink was, the greater was the potential of tooth enamel.

The next stage of the study was to see how these drinks impacted tooth enamel. So, samples of human tooth enamel were immersed in each of these drinks for a period of 15 minutes at a time. Then, these samples were kept in artificial saliva for a period of 2 hours. This process was repeated 4 to 5 times a day to mimic the consumption patterns of most teenagers and young adults.

Each time you take a sip of an energy drink, the acidity level of your mouth shoots up, and it takes the saliva at least 30 minutes to restore the alkalinity of your mouth.

Rise in Consumption of Energy Drinks in the US

The consumption of energy drinks in the US has increased substantially since this study was published in 2012. An increase in consumption has been noted among not just the teenage and young adult population, but also among the middle-aged population in the country.

According to the senior author of this study, Sara N Bleich, PhD from Harvard TH Chan School of Public Health’s Department of Health Policy and Management, this increase in consumption of energy drinks is a cause for alarm, due to the negative health effects of these drinks.

These drinks not only are a danger to our oral health, but to our overall health, so it is best to avoid them completely, or at the very least take steps to minimize their consumption. So don’t hesitate any longer and book an appointment to polish your teeth with the Avon lake dentist now.

Tea Tree Oil Key Benefits of Using it in Hair
Top 4 Questions About Hepatitis to Ask Your Doctor
7 Cleaning Tips for a Healthy Office
Why Have to Avoid Eating Fast Food - An Opinion Essay
4 Surprising Benefits of Acupuncture
Discover The Most Common Causes Of Herniated Discs & How To Deal With Them
Identifying Bug Bites: 5 Things to Look For
Health Benefits of Cycling 15 Minutes a Day - Homoq.com Guide