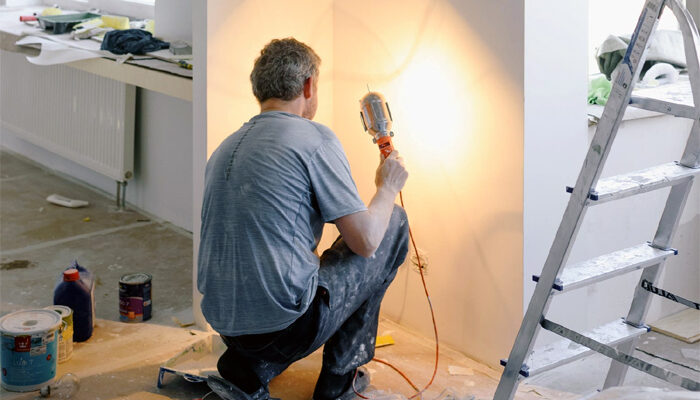 Everybody has their own idea of what their dream house should be. Many are able to find it when they do some house hunting. Often they have a checklist of what they are looking for and are lucky enough to find the house on the market that ticks all the boxes. Others have more specific wants and have difficulty finding the house that they feel suits them.

When you have specific wants you have a choice to make. You can either renovate the home that you have or plan to buy, or you can have a new home built according to your specifications.

In this article, we will go over some things to consider before committing to either scenario so you can make an informed decision.

Going for new construction is actually quite complicated. Besides the fact that it involves hiring an architect and builder, it also is very difficult to find suitable land to build on. Many plots that can be built upon are far from urban areas and would involve a long commute. Those that need to be near a city often find it difficult to buy land to build on.

What is most likely to happen is to tear down your existing home and rebuild it the way that you like. For instance, if you live in Australia, then hiring the best demolition company Perth has around is going to make it far easier to build than looking for a plot far outside the city.

The benefits of building new are quite apparent. Everything is new so there is more time to enjoy the home as it is without needing to change things. If you plan to sell the house in 15 years or so then it is much easier to sell a 15-year-old house than to sell a 50-year-old one that needs work.

Then, there is the fact that you have the house set up exactly as you like it. All the amenities you hoped for in a house are now available. With the advent of smart homes, you are able to wire the house up perfectly to make it state of the art.

One of the biggest benefits of doing renovations rather than building new is the cost. It will cost far less to do a renovation or upgrade to an existing house. This is true whether it is the house you currently live in or if you plan to fix up a house that you buy.

You may still need to pay for an architect and builder, not to mention the permits required, but often the work is not going to cost as much as it would to build an entire home. Renovations could include an addition to the home to enlarge it, or just open it up by taking some walls down for an open concept.

There can even be fewer delays in renovating compared to building new as parts of the house can be sealed off while living in the other areas.