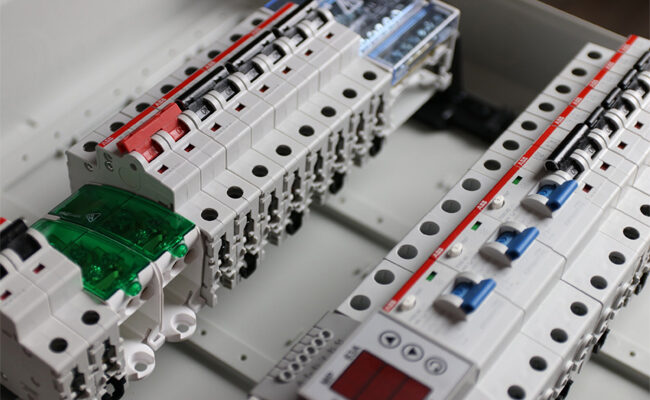 Does your circuit breaker trip often?

It happens when you plug an appliance into an outlet and turn the switch on. When you do, it causes the lights to go out for the whole building.

Tripping circuit breakers is a common occurrence. It usually means that something went wrong with the electric current.

What would you do when a circuit breaker trips? Today, you’ll discover what it means and what to do when encountering tripped circuit breakers in your home. Read on and fix this common problem now:

What Is a Circuit Breaker?

It’s an electrical switch that controls and protects the various wiring circuits in your home. These circuits feed toward your fixtures and outlets, allowing your appliances and lighting to channel power.

While used as on/off switches at times, these serve as surge protectors. When a short circuit or electric surge occurs, the circuit breaker trips to cut the electric current. Otherwise, it may damage the bulbs or appliances plugged in.

Uses of Fuses and Circuit Breakers

Fuses and circuit breakers work as safety devices for electrical appliances. What makes one different from the other is in appearance and design.

Fuses tend to burn out, making replacements necessary once they’re spent. However, it takes some time for the fuse filaments to melt. Once it blows out due to the surge, you must have replacements ready.

After tripping, reset your circuit Breakers to make them work again. When a strong electric surge goes through the circuit breaker, it would cause the strip to emit a strong magnetic force. It flips the metal lever, causing the breaker to trip.

What Causes the Circuit Breaker to Trip?

The main culprit is a short circuit or electric surge. It involves several factors. The leading causes of electric surges include aged wiring and lack of proper maintenance. In some cases, it also comes from appliances with faulty wiring.

What to do When Circuit Breaker Trips?

Test the lights and appliances along the circuit after the reset. If it breaks again, contact an electrician from Carl Miller Electric. These experts have the experience and tools to determine the best solution.

Attempting to fix the problem without proper training and equipment can lead to disaster. You can’t risk yourself to save a few dollars. It’s costlier to pay for hospital bills resulting from mishaps.

When the circuit breakers trip, it’s likely because of electrical surges. Make sure to check everything to see what tripped your circuit. After that, call a capable electrician to fix the problem.

Did you find this helpful? We have articles that cover topics around home improvement. Read them and learn more soon!

5 Best Types of Awnings for Your Porch
How To Do Affiliate Marketing Through Blogging In 2022
The Cost of Poor Quality In Construction
How to Make the Best Use of Your Rooms
Why Do Concreters Need To Be Licensed?
Why Are Heat Bills So Expensive? 5 Ways to Save Big
4 Signs Your Asphalt Pavement Needs Replacement
8 Signs You Need a Commercial HVAC Repair